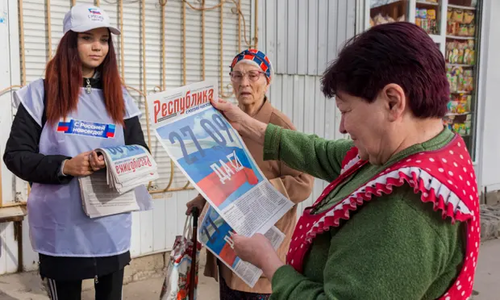 The areas that will be considered part of the Russian Federation after the referendum, as the areas in yellow will be seen as occupied Russian lands that will witness an escalation in the military action to liberate them. pic.twitter.com/LknOg3937f