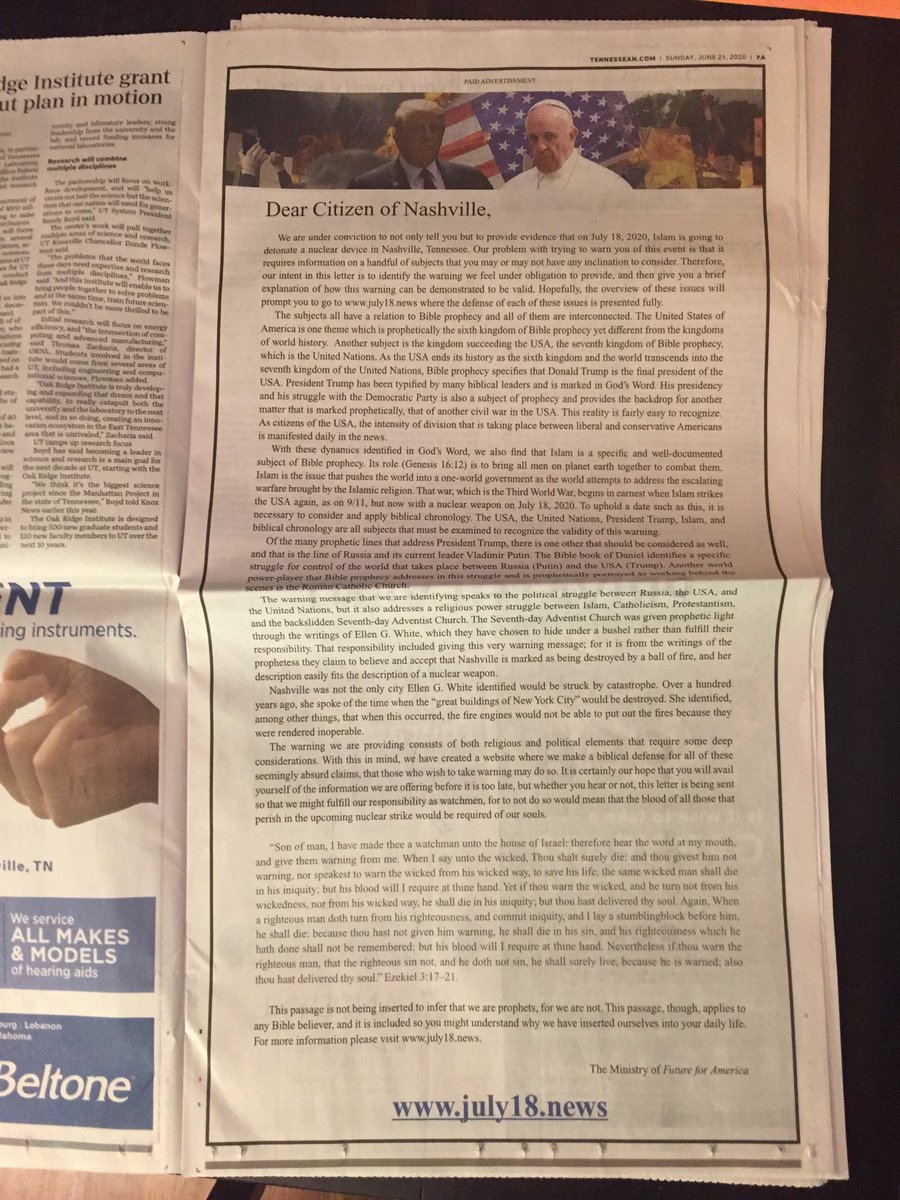 This is INSANE. The @Tennessean is helping the far right incite violence against Muslims. https://t.co/CLDkKqssmE

Outrageous that the @Tennessean would accept this. I'm sure they're hard up for money, but this is beyond irresponsible. This is reason enough to cancel my subscription.

"HOW DID WE PRINT THIS? *GASP" – Yet they fail to mention it's been running in print and digital ALL WEEK LONG! @Tennessean #EpicFail https://t.co/6gG1WS2e5p