The Mark of the Beast is upon us. Sweden is inserting microchips under the hand’s skin. With the microchip, they no longer have to carry cash; access electronic data; and open office & car doors. The microchip is voluntary but the time will come when it will be mandated. Say No!

I just heard the scariest thing on the news going on in Sweden. People are putting microchips in their hand to use for like credit cards and as an ID. That's like some Armageddon shit. I'm not going to the land of my ancestors. That's going too far. The mark of the beast. 😱

THE MARK OF THE BEAST? SWEDEN BEGINS MICRO-CHIPPING RESIDENTS – https://t.co/Yn8FZ6DTQS via @shareaholic 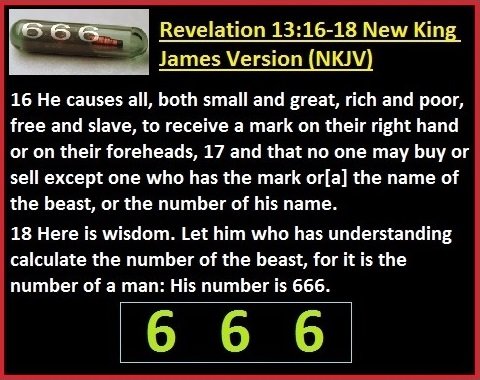