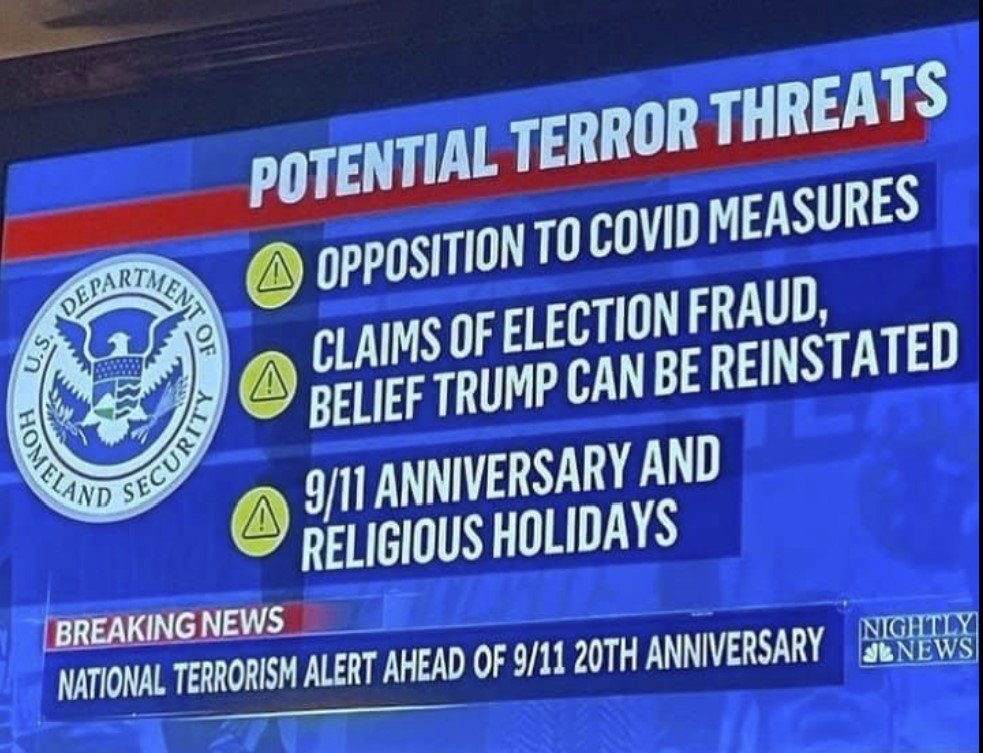 NBC reports new DHS Terrorism Advisory is “Not based on any actual threats or plots”.

Goes on to claim “potential” threats from anti-governmental sentiment, anti-COVID, pro-Trump…and uses 9/11 and “religious holidays” as triggering this warning.

Is this PSYOPS or news? pic.twitter.com/9IRXWUKib2