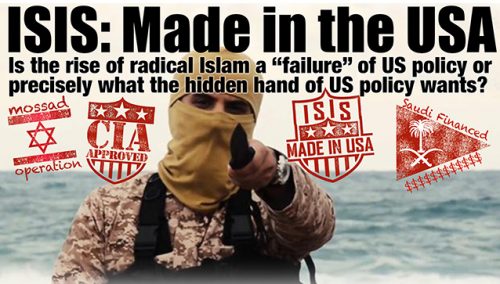 “For years we have been supplying anti-tank missiles and all sorts of weapons to the terrorists, to Al Nusra, sometimes to ISIS.. the entire array … Jaysh al-Islam …”
– Quote Senator Richard Black from 1:01 onwards